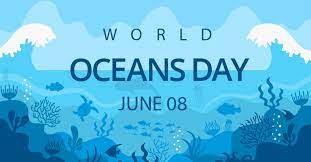 June 8 is World Oceans Day, the United Nations day for celebrating the role of the oceans in our everyday life and inspiring action to protect the ocean and sustainably use marine resources.

Many countries have celebrated this special day since 1992, following the UN Conference on Environment and Development, held in Rio de Janeiro. In 2008, the UN General Assembly decided that, as of 2009, 8 June would be designated by the United Nations as “World Oceans Day”.

We like to share community events, networking events, photos, business news and more.  Socialize with us today!